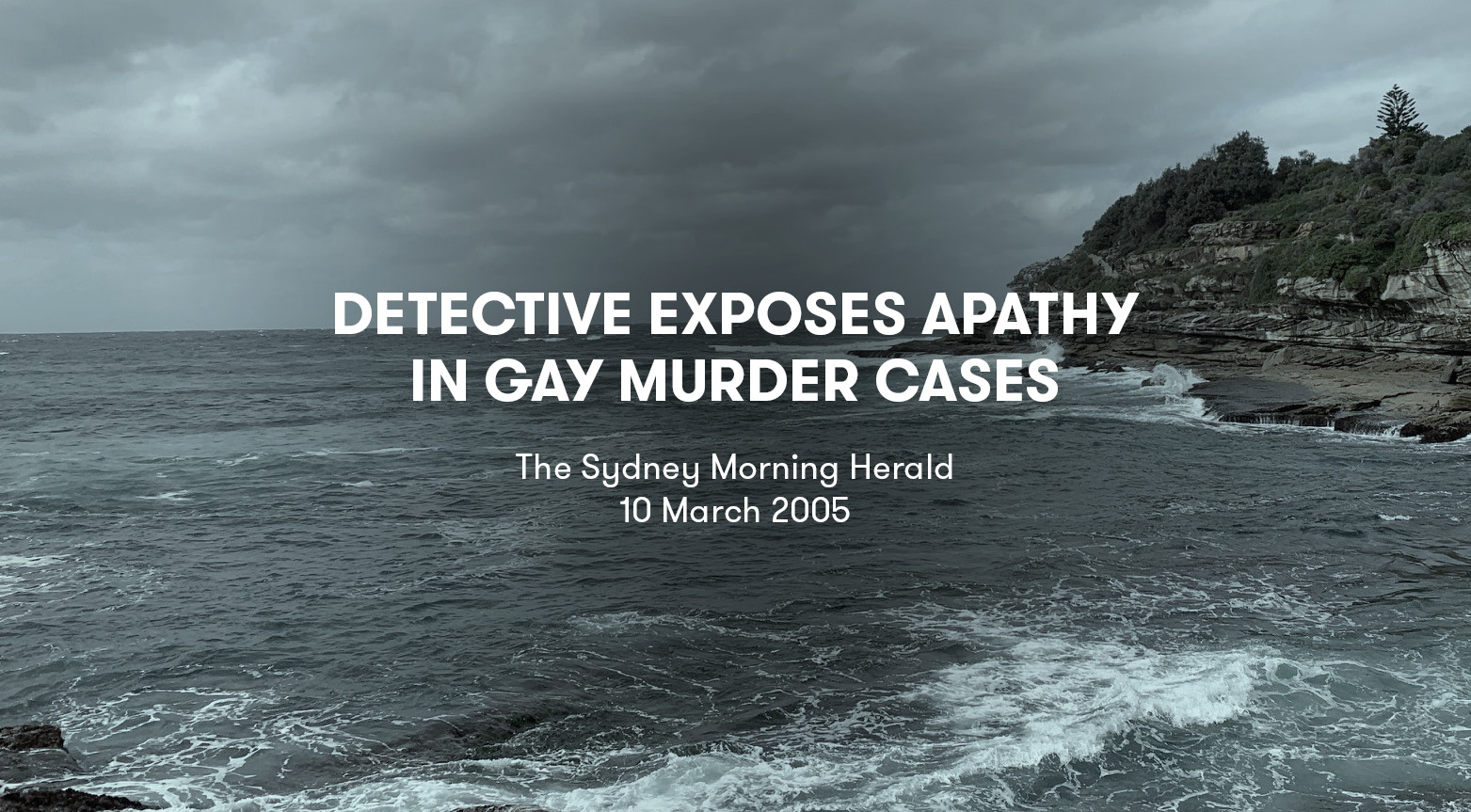 This headline, published by The Sydney Morning Herald in 2005, is part of an article that reports on the findings of the then deputy state coroner Jacqueline Milledge into the death of three gay men - Ross Warren, John Russell and Giles Mattaini. It cites Milledge’s ruling of the initial police investigations as ‘grossly inadequate and shameful’. The article also shines a light on the efforts Steve Page, then the NSW Police Detective Sergeant. His investigative efforts led to greater public and media attention on the cold cases and eventually, the coronial inquest.