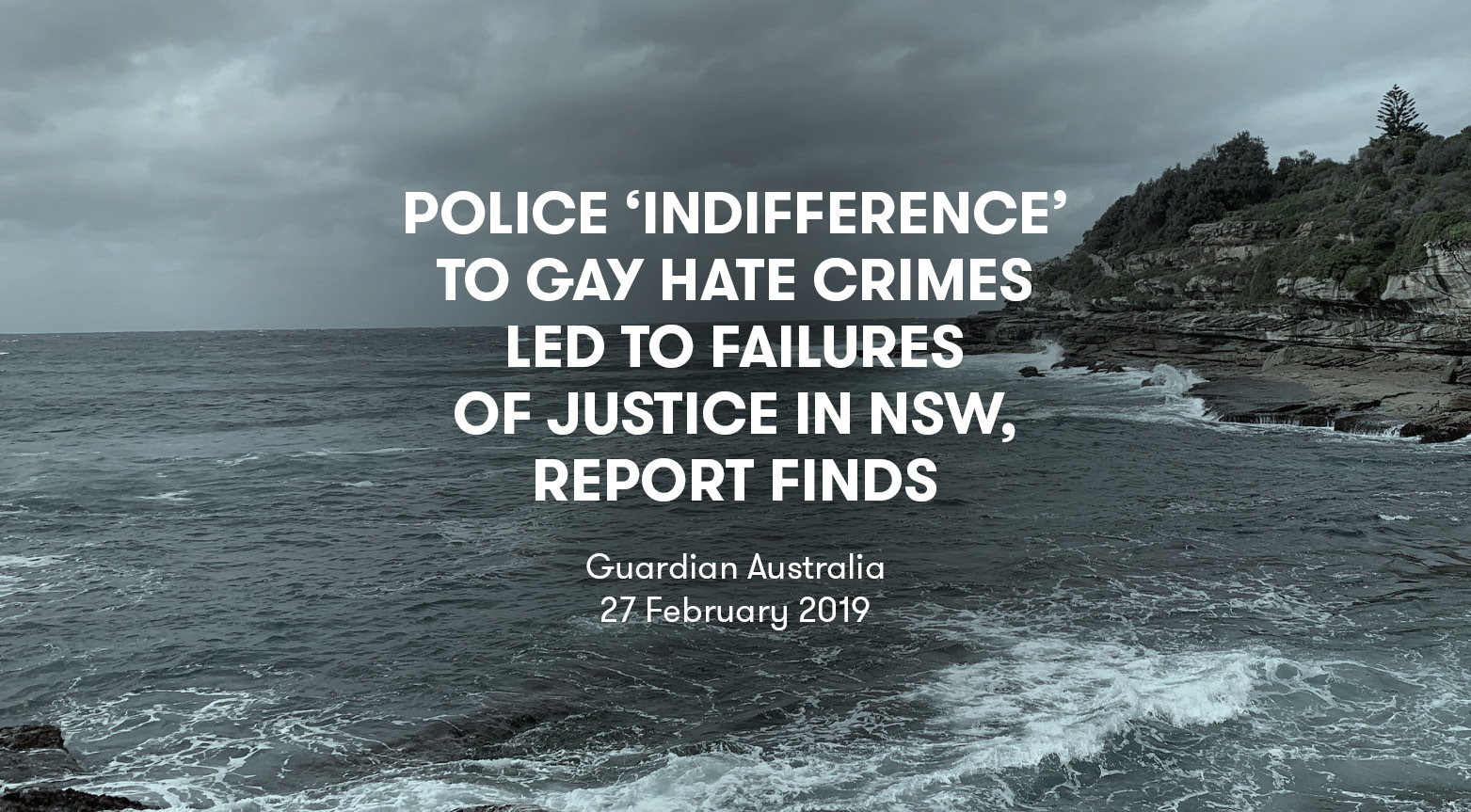 This article, published in Guardian Australia, reports on the preliminary findings of the NSW Parliamentary Inquiry into gay and transgender hate crimes between 1970 and 2010.

That report, published in February 2019, found “a prevailing acceptance of and indifference” to violence against gay men before the mid-1990s let to a failure of justice for victims of hate crimes in NSW.

The inquiry was launched in 2018 to look into institutional responses to violence carried out against LGBTQ people in NSW from 1970 to 2010.

It handed down its final report in May 2021, which recommended – among other things – the establishment of a judicial inquiry into unsolved hate murders.