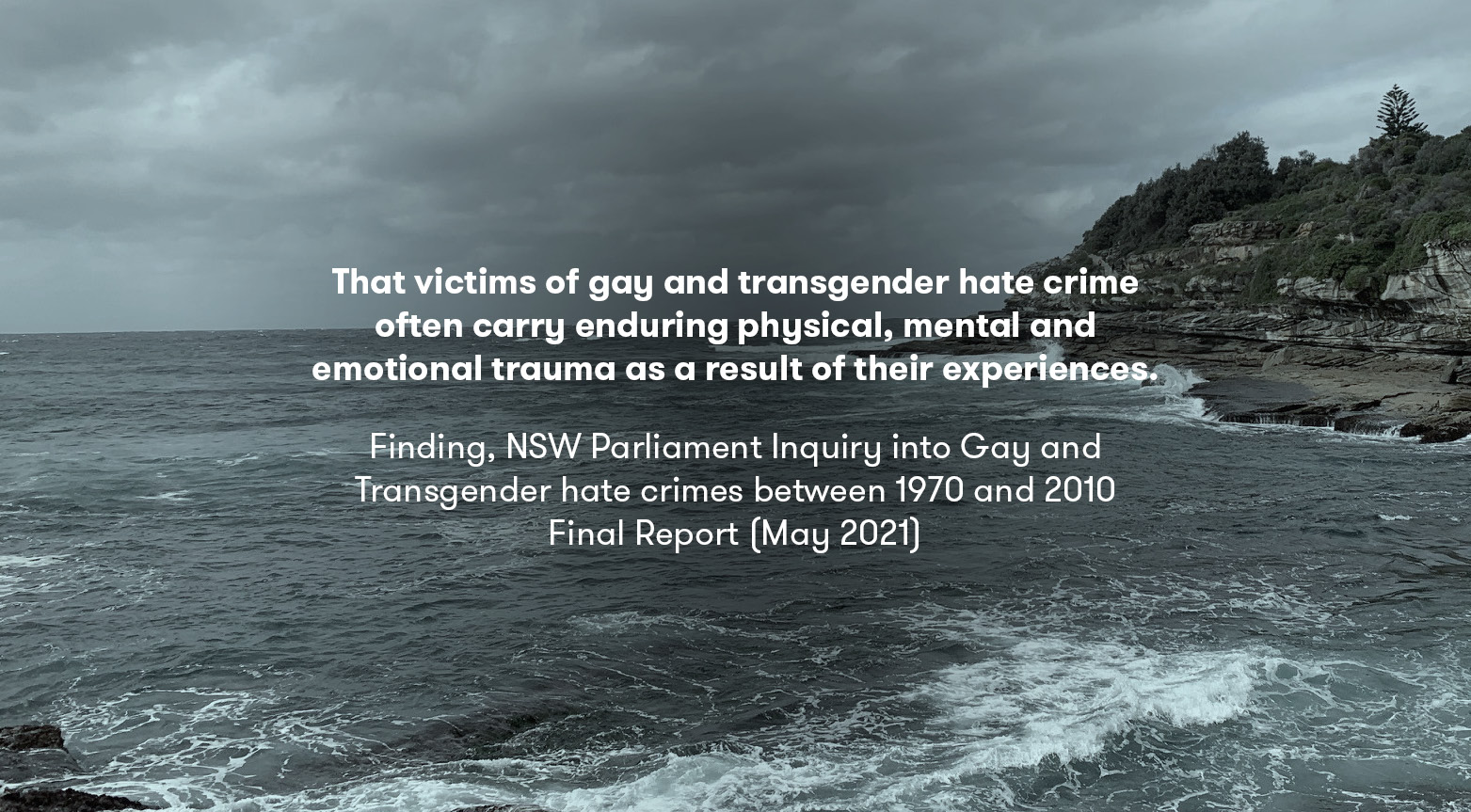 “That victims of gay and transgender hate crime often carry enduring physical, mental and emotional trauma as a result of their experiences.”

Thus did an inquiry into historical hate crimes stated in its final report, handed down in May 2021.

In September 2018 and again in October 2019, the NSW Parliament established an inquiry into 'Gay and Transgender Hate Crimes between 1970 and 2010', which  sought to look into institutional responses to violence carried out against LGBTQ people in NSW during that time.

In its findings, the report also stated the NSW Police Force failed in its responsibility to properly investigate historical hate crimes and that acknowledging past wrongs by those who failed to protect and deliver justice is a necessary step towards healing.