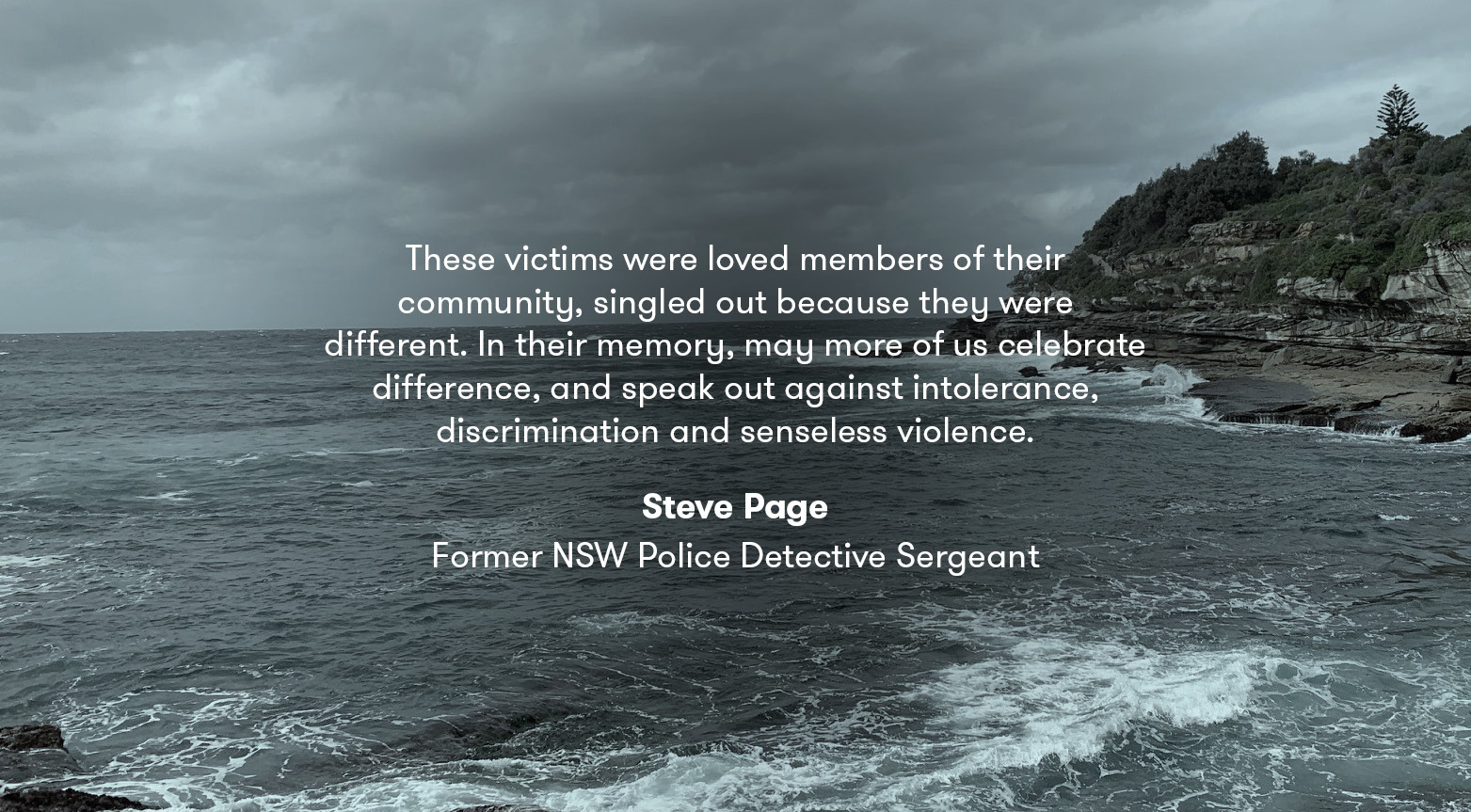 In 2000, Steve Page, then a Detective Sergeant, discovered a letter by Kay Warren, the mother of missing weatherman Ross. For years Kay had appealed for police to re-examine her son’s death but to no avail. Page began looking into the Warren case and soon questioned findings and diligence of the original investigation.

In April 2001, Page launched Operation Taradale, a three-year investigation focussing on the Warren and Russell cases, and including a number of other deaths. A pattern was identified of systemic violence against gay men and the extensive networks of youths involved.

In a significant number of cases, Page discovered no police records existed, while other key documents and evidence were missing.

The findings of Operation Taradale was the catalyst for a coronial inquest into the deaths of Warren, Russell and Giles Mattaini.

Page’s efforts was instrumental in drawing national attention to the murders and disappearances of gay men in Sydney in the 1980s and 1990s.